The Quest for the Holy Grail of ‘Git for Data’

As developers we version and branch our work – code, configurations, scripts, Infrastructure (as Code), etc. Anything we change as we work, we version. As we work on multiple tasks in parallel, we version on different branches. Over the years there have been dozens of solutions to manage this versioning and branching, primarily focussed on versioning code. I remember working with tools like ClearCase and CVS back in the day. All these tools have since been replaced by Git. Git is not new – it came out in 2005, invented by Linus Torvalds, best know as the inventor of Linux. Since then, Git and its commercial variants have truly revolutionized how code is developed and managed. Git has truly become the primary source code management system used by developers. We checkout code from the team Git repo, work on it locally on our laptops, creating new versions, and then check it back into the Git repo.  Today, every developer worth her while has a GitHub account which she treats as a portfolio of work. For a developer, her Github is more of a representation of her work as a developer than her LinkedIn profile. 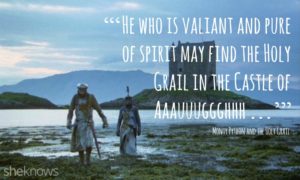 Of late, there has been an ongoing quest for a Git-like solution for Data. Developing a git-like solution for Data has not been an easy quest. The obstacles on this quest, while not as deadly as Tim, rabbits or the Black Knight, have had to do with the fact data is nothing like code. With the advent of Infrastructure as Code technologies like Chef, Puppet, Terraform, OpenStack HEAT etc, Infrastructure finally got the capability to be versioned and managed on branches as code. This was possible because these technologies allowed Infrastructure and its configurations to be represented as, well code. This has not been the case with data.

Attempts to seek a Git-like solution for data fall into two broad categories – for developers and for data scientists. The use cases and workflows for both are different, resulting in these broadly two sets of quests, with some solutions that could apply to both. In this post we will focus on solutions focussed on the developer. In the data science space solutions like Pachyderm are worth exploring, for those interested.

Let’s examine the solutions for developers. Before we dive in, some disclosure – I used to work at Delphix which last year launched its own quest with an open-source project to deliver git-like capabilities to manage and version data, called Titan. More on Titan later in this post. Let’s look at other quests first.

For more details on Titan and to engage with the open source project, check out the community at titan-data.io.

For SQL databases which by definition have a schema that also changes over time, one needs to not just version the data but also the schema. Fortunately, tools to version and deploy database schemas already exist. The most popular of these is Liquibase, from Datical. Liquibase is also open-source (with its commercial siblings Liquibase Pro and Datical) and available at https://www.liquibase.org/ Liquibase open source is maintained by, and its commercial siblings developed by the folks at Datical, led by their CTO and co-founder Robert Reeves. Robert wrote this blog post, demonstrating using Titan and Liquibase in tandem to manage data and its associated schemas.

The quest for git-for-data continues. Which solution will be a winner? – we’ll call it a draw.